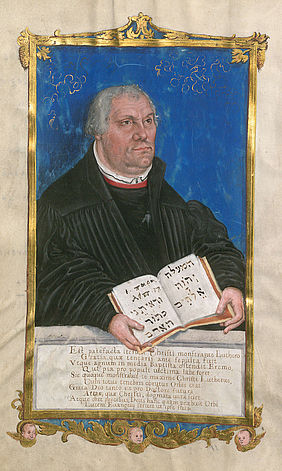 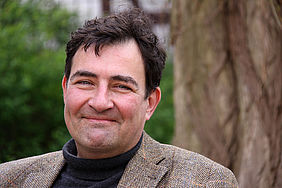 On the occasion of the anniversary of the Reformation in 2017, Prof. Dr. Thomas Kaufmann's lecture will address the issue of "decampment" among other things, which is generally perceivable in the fields of geography and astronomy around the year 1500. What was Luther's position in this regard? Does the Reformation fit into a narrative of progress placing the religious and the scientific "discoveries" side by side? What are the actual "accomplishments" of the Reformation? And, is it possible for a contemporary of the 21st century to make reference to this in an appropriate and meaningful manner – even if you do not share Luther's religious convictions?

Prof. Thomas Kaufmann will give answers to these and further questions in his lecture at the Bayerische Staatsbibliothek. He will also take the time for answering questions and discussion after the lecture.

In 2011 he assumed the chairmanship of the Association for Reformation History. Prof. Dr. Thomas Kaufmann is a full member of the Academy of Sciences of Göttingen. He was the First Vice President of the Academy from 2012 to 2016. Since 2015, he has also been a member of the PEN Club. Moreover, he took over the title of Abbot of the monastery of Bursfelde from Joachim Ringleben on 5 May 2016. Only a short while ago, on 13 January 2017, Prof. Kaufmann was awarded an honorary doctorate by "Det teologiske Menighetsfakultet" in Oslo. He received the award from the Oslo university for his research in the field of the history of the Reformation. Kaufmann's interpretation concept of the Lutheran confession culture has met with particular interest in Scandinavia.