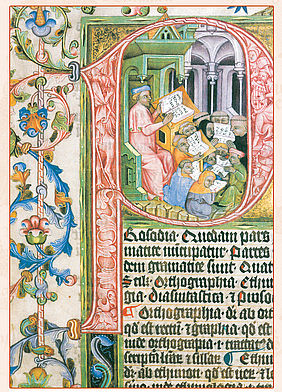 © Library of the Metropolitan Chapter of St. Vitus in Prague 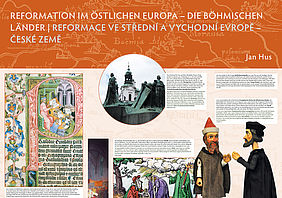 The reformation of 1517 constitutes one of the most important turning points of European history. However, already one hundred years before Luther, Jan Hus, from Prague, criticised the Catholic Church, for which reason he was burnt on the site of the council of Constance in 1415. It was him who the Utraquists and the Bohemian Brethren referred to, who later also had contact with Luther. His teachings were spread in the northern and western parts of Bohemia in particular, as well as in parts of Moravia. After the battle of White Mountain in 1620 the counter-reformation started. Crypto-Protestantism only ended with the Patent of Toleration of 1781. The Evangelical Church of Czech Brethren was founded after the foundation of Czechoslovakia in 1918.

The cabinet presentation in German and Czech is composed of ten richly illustrated banners on the following topics:

The exhibition project of the German Culture Forum for Central and Eastern Europe has been set up in cooperation with the Evangelical Church of Czech Brethren.