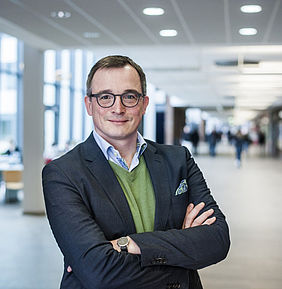 The mainstream parties are on the defensive. During the years of the grand coalitions, the political debate has shifted towards the edges of the political spectrum. These edges are becoming stronger, while the political centre remains lost for words – a highly volatile development for the party system and parliamentary democracy known to us so far.

But what could a new, contemporary conservatism look like that reverses this trend? Andreas Rödder analyses the current situation of democracy in Germany and defines the core of conservative thinking, in order to apply a conservatism of the future summed up in twelve propositions to the concrete areas of politics: from European politics and the big issues of migration, the environment and education up to the pet topic of the right-wing populists: the homeland and patriotism. "Konservativ 21.0" is a brilliant analysis of the conservative deficits causing the ailment of today’s politics, and at the same time a fervent appeal to stop populism from putting the wind up us.

Andreas Rödder, born in 1967, is a Professor of Modern and Contemporary History at the Johannes Gutenberg University Mainz. He has become known to a broader public particularly through his widely known books "21.0. Eine kurze Geschichte der Gegenwart" ("21.0. A short history of our time") and "Wer hat Angst vor Deutschland? Geschichte eines europäischen Problems" ("Who’s afraid of Germany? The history of a European problem").