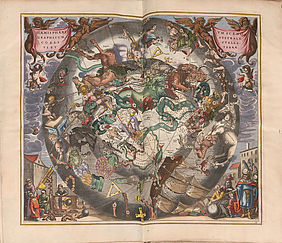 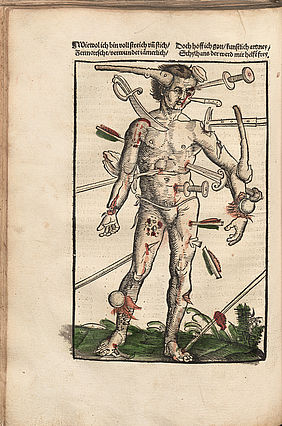 As of October 2018, the ten regional State Libraries of Bavaria will for the first time present their collection highlights and treasures in a large exhibition taking place at the Bayerische Staatsbibliothek in Munich.

"Bavaria is a cultural and social state governed by the rule of law. (...) The state shall protect the natural basis of life and cultural traditions". Article 3 of the Bavarian Constitution hence also describes the tasks and the importance of the ten regional State Libraries of Bavaria, which are subordinated organisationally to the Bayerische Staatsbibliothek. As academic libraries, they serve to provide their cities and regions with information and literature, and to secure, conserve and maintain valuable historical holdings, representing the cultural heritage of Bavaria in the various regions.

The regional State Libraries safeguard precious treasures in their vaults and stacks; the diversity of the collections is impressive. This is sufficient reason to present at least a selection of these treasures to the broad public jointly in a big exhibition. The Bayerische Staatsbibliothek accordingly dedicates its great annual exhibition of 2018/ 19 entirely to the collection highlights from Bavaria's regions. From 17 October 2018 to 7 July 2019, a total of around 100 precious works will be put on display in the library's two treasure vaults, subdivided into three time segments.

There will be medieval manuscripts, incunabula, precious printed works, cartographic works, globes, posters, letters and many more exhibits. For example, visitors will see a small wartime cookery book of 1915, a natural history of the birds of Germany of 1805 – 1821 and Bertolt Brecht's letter to Paula Banholzer of 1919, just like Napoleon's order of the day of 24 April 1809, the dictionary "The Royal ABC" for Caroline von Brandenburg-Ansbach of 1715, a geometrical plan of the Donaumoos region presumably of the year 1794 or an oriental collective codex from the Arabic-Persian language area dating back to the 16th century. Among the absolute highlights there are certainly the so-called "Lorscher Arzneibuch", a medical manuscript from the monastery of Lorsch, dating back to the 9th century, Hartmann Schedel's World Chronicle of 1492, a Gutenberg Bible of 1454/ 55, the "Hexenhammer" of 1496, containing a handwritten documentation of the burning of a witch that is not documented anywhere else, a so-called "Lafreri atlas" of the 16th century or a first edition of Nicolaus Copernicus's "De revolutionibus orbium coelestium" of the year 1543.

The selected exhibits will be presented surrounded by their own aura, but also their regional and supra-regional importance will be illustrated. The presentation of cultural-historical interconnections proceeding from one object in particular has become popular in recent years. Just think of Neil McGregor's "A History of the World in 100 Objects". The exhibition "Gott, die Welt und Bayern" is based on a similar concept.

You are cordially invited to delve into the world of the State Libraries of the regions, each and all representing treasure vaults of Bavaria's regional diversity and active heritage institutions whose collections and cultural-political functions contribute to the identity of the Free State of Bavaria founded in its regions. Welcome!

Accompanying the exhibition in the library, we also present a virtual exhibition of a number of select pieces, which will give you a sneak peek of the plethora of treasures awaiting you.

Virtual exhibition "God, the World and Bavaria"  (in German)

The regional State Libraries of Bavaria

The lecture programme supporting the exhibition

29 November 2018  → 18:30
For the good of the soul and the body. Medieval book treasures from Bavarian libraries
Dr. Bettina Wagner