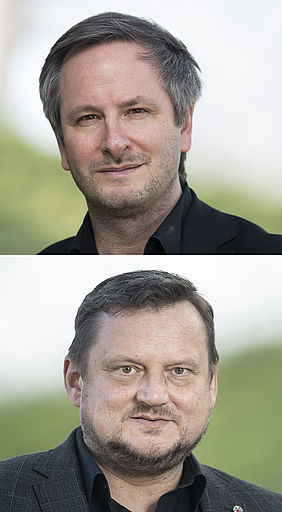 Out of the shadows of the NS time, reconstruction accomplished – Germany opens its windows widely in 1972. There is a spirit of optimism and the Olympic Games are intended to show the world the new, laid-back Germany. A celebration of democracy as an alternative concept to the martial propaganda of 1936 in Berlin.

Below the daringly constructed tent-like roof, Mark Spitz, the young high-jump gold medallist Ulrike Meyfarth and the sprinter Heide Rosendahl personify the dream of peaceful togetherness in the midst of the Cold War. But then, Palestinian terrorism cruelly puts an end to all of this.

The award-winning journalists Ritzer and Deininger tell a great story which encompasses almost 100 years and which reaches a culmination point during the two weeks of the Olympic Games.

Dr. Roman Deininger, born in 1978, is a political journalist at the Süddeutsche Zeitung. He published a much-noticed history of the Christian Social Union and a biography of Markus Söder together with Uwe Ritzer.

Uwe Ritzer, born in 1965, has made a name for himself with investigative research for the Süddeutsche Zeitung. He has been awarded the Guard Prize of the Daily Press, the Henri-Nannen Prize and the Helmut Schmidt Journalist Award for his work.