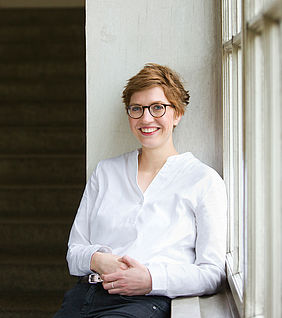 The Federal Chancellor declares that there is no alternative to the decisions taken. The Minister of Finance tells others to do their homework, and, after losing an election, politicians promise with mantra-like repetition that they are going to take the people’s concerns seriously in the future. This is the sound of power that everybody has grown tired of. Our politicians have used their rhetoric to nip in the bud all necessary debate about future-oriented political concepts for far too long. This is now coming back to hit them like a boomerang: The tiredness of politics has given way to furious counter-rhetoric against politics, a toxic language of reciprocation, resorting to defamation, agitation and lies. The established parties' reaction to this development is marked by helplessness. Attempting to reach out to the people again, they adopt the resentments of their populist adversaries as their own. In her book, the political scientist Astrid Séville calls for a new democratic culture of debate and conflict, requesting the members of our parliaments to pluck up courage to actively counteract the decline of the political language in Germany – if need be even with the consequence of being voted out.

Astrid Séville is a research assistant (Akademische Rätin a. Z.) at the Chair for Political Theory of the LMU Munich. She was awarded the renowned Deutscher Studienpreis (German Study Award) for her dissertation in 2016. She is a member of the Junges Kolleg (Young Academy) of the Bavarian Academy of Sciences and of the Junge Akademie of the Academy of Sciences and Literature of Mainz.
Astrid Séville is regularly sought after by German public-law radio and TV broadcasters as an expert on politics.