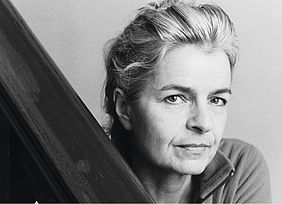 What does it imply to be German, to be European, at a time when the world order is determined less and less by the West and a white minority? The challenges of the immigration society and the worldwide changes have a common face: Europe must cope with a loss in status. The end of white dominance means: The West can no longer impose its definitions of progress, development or feminism on others. Living in plurality must be followed by thinking in plurality. The far right is profiting from the fears arising in this period of upheaval. Yet, it will be liberating to change. We are at a turning point. This book encourages us to newly locate ourselves in the world.

Charlotte Wiedemann is a journalist and author. As a foreign correspondent in countries of Asia and Africa, predominantly in the Islamic world, she has consciously looked at the topic "us and the others" for years. Publications i.a. in "Geo", "Die Zeit", "NZZ"; columnist of the "taz". In 2017 Charlotte Wiedemann received the special award of the Otto Brenner Foundation for her life’s work. She has published several books.