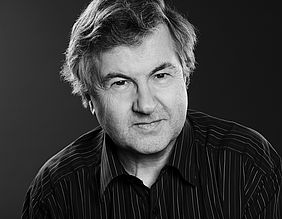 "The Pursuit of Power" creates an extraordinarily rich and entertaining panorama of 19th-century Europe. Between 1815 and 1914, the continent was undergoing drastic transformation with overwhelming cultural, political and technological changes. What was seen as modern in one decade appeared old-fashioned in the next. Huge cities sprang up and new European countries were created. Europe dominated the rest of the world as never before or since.

Richard Evans shows European history from the top and from the bottom, explores the multiplicity of developments and finds a unique way of explaining Europe now and then.

Born in 1947, Richard J. Evans was professor for modern history at Cambridge University from 1998 to 2017, and was appointed Regius Professor in 2008. He is the author of ground-breaking publications on German history of the 19th and 20th century and on National Socialism. Among the awards he has won are the Wolfson Literary Award for History and the Medal for Art and Science of the Hanseatic City of Hamburg.