27 October 2016, 19:00
Lecture by Prof. Dr. Günter M. Ziegler (Freie Universität Berlin)
A part of the series "Excursion – Insight into the world of science" 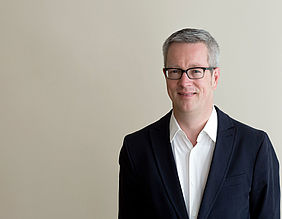 Where does progress in mathematics come from? Does somebody sit down at a desk, write down many complicated formulas, have a flash of inspiration, cry out "Eureka – I've found it!", and then what this person has found will remain correct for eternity?

Such a thing does happen. But daily work in mathematical research is much more versatile and interesting! In his lecture, Professor Günter M. Ziegler challenges the much-evoked "absolute certainty" of mathematical arguments. His conviction: Making mistakes forms part of mathematics, and without errors there are no creativity and no ideas. To illustrate this, he will sketch a brief cultural history of mathematical errors, from Euclid to present-day research. And what does any of this have to do with a ham sandwich? Ziegler will explain this, relating how mathematicians struggle for such conclusions which are then really valid for eternity and not only until the next meal.