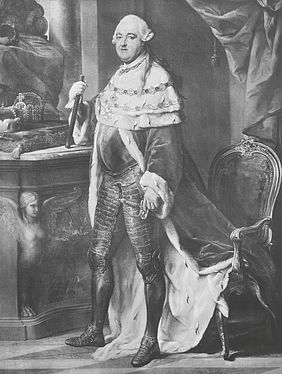 When the Bavarian Elector Maximilian III Joseph died on 31 December 1777 without progeny, Karl Theodor (1724 – 1799), Count and Elector of Palatinate, became his successor in accordance with the contractually regulated rules of succession. Late in the summer of 1778, Karl Theodor moved his residence to Munich. Most musicians of his famous Mannheim court orchestra followed him. This orchestra was composed of outstanding instrumentalists from all over Europe. Their instrumental style, the so-called "Mannheim school", made history.

In a presentation in the hallway of the Department of Music, facsimiles of music manuscripts of the Mannheim composers will be shown from 21 November 2019 to 30 April 2020, among them the scores for the premières of Franz Paul Grua’s carnival opera "Telemaco" (1780) and Wolfgang Amadeus Mozart’s "Idomeneo", the symphony in E-flat major no. 54 by Christian Cannabich and the melodrama "Lenardo and Blandine" by Peter Winter. A large number of libretti on operas, melodramas and ballets of the court musicians are from the libretto collection of the painter Christian Her. In addition, first editions of printed sheet music, contemporary portraits and documentary materials will be put on show. A number of musicians and their families will be introduced exemplarily, who accompanied Karl Theodor to Munich and who would have a decisive influence on music in Munich, not only during the time of rule of the Elector, but frequently up to far into the 19th century: the families Cannabich, Toeschi and Danzi and Peter Winter.