For seven years, the Literaturportal Bayern, a digital platform managed by the Bayerische Staatsbibliothek, has been tasking itself with making the literary life in Bavaria in all its diversity visible online in the form of essays, blog entries, encyclopaedic articles, excursions and event notifications. The texts now find their way out of the Internet and into print in the form of a volume of their own. 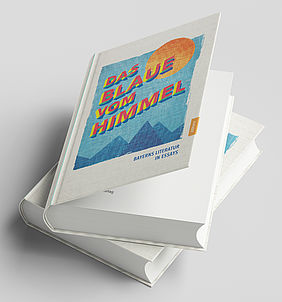 The mystical Bavarian Hiasl, the women’s rights activist Carry Brachvogel, the surprisingly wide range of interests pursued by Jean Paul, the rapping Nina "Fiva" Sonnenberg – these are only a small number of examples of the many historical and contemporary, well-known and almost forgotten, real and fictitious Bavarian characters who can be encountered in the 17 essays contained in this book.

Texts about poetry in dialect, literature in the concentration camp of Dachau, cunning crooks and literary lovers extend an invitation to browse, wonder and contemplate. And with a little luck, you will sometimes also catch a glimpse of the blue Bavarian sky while reading ...

The texts of the volume are a selection of posts and contributions originally published by the Literaturportal Bayern.