In the presence of Bernd Sibler, the Bavarian State Minister of Sciences, Research and the Arts, the analogue photographic archive of the magazine STERN is presented for the first time today at the Bayerische Staatsbibliothek (BSB), with a number of former STERN photographers taking part as well. Moreover, a small selection of photographs is shown. The Hamburg publishing house Gruner + Jahr donated the analogue photographic archive of the magazine STERN, which comprises 15 million photographs, to the Bayerische Staatsbibliothek at the start of 2019, in order to ensure the long-term existence of the archive and to make it accessible to the public and research. 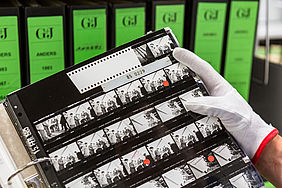 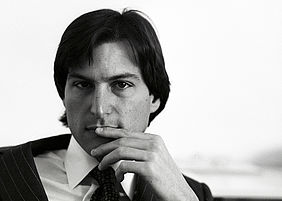 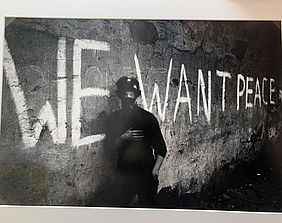 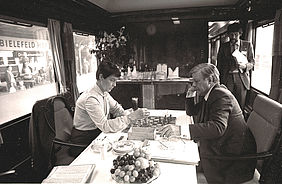 The complex transport from Hamburg to Munich, divided into eight truck loads, has been concluded. The transport was accompanied and supervised by curators and conservators of the Bayerische Staatsbibliothek. Currently, the archive is accommodated in external stacks of the library. For the later use of the photographs, it is essential to clarify the copyrights. Corresponding negotiations with the photographers are already progressing successfully. It is planned to digitize this collection without much delay and thus make it available in the course of the coming years within the scope of a large digitization project.

The archive includes over 15 million photographs from the years 1948 to 2001 in the form of prints, negatives and slides, thus representing one of the largest collections of photographs held by a public-sector institution in the German language area. It is considered the visual memory of the Federal Republic of Germany and one of the most important documents of photo journalism on a worldwide scale. With its multiply award-winning illustrative features, the STERN has developed a unique visual power and has set standards in magazine journalism for over 70 years. The Bayerische Staatsbibliothek is one of the world’s leading heritage institutions to now take over responsibility for this unique cultural good. In addition to conserving the photographic archive, the donation contract also includes the gradual digitization of the archive by the library and the legal clarification of the conditions of use.

Bernd Sibler, Bavarian State Minister of Sciences, Research and the Arts: "Photographs are special historical source materials, they communicate directly, they pinpoint messages, events, emotions and become ingrained in one’s memory. It makes me proud that the Bayerische Staatsbibliothek has assumed the important task of conserving the over 15 million photographs of the STERN archive for the future. This underlines its importance on an international level."

Frank Thomsen, STERN publisher: "The image archive of STERN is a collection full of highly diverse events of world history and has grown over half a century. It is an enormous undertaking to preserve it and make it accessible in the long term. The Bayerische Staatsbibliothek ranks among the most renowned institutions for collecting and curating cultural heritage. This means that the images are in the very best hands here. Today is therefore a day of celebration for the STERN magazine, for the photographers and for everybody interested in contemporary history."

Klaus Ceynowa, Director General of the Bayerische Staatsbibliothek: "With the photographic archive of the STERN, the Bayerische Staatsbibliothek once again positions itself as one of the world's leading heritage institutions. The successive digitization of the archive will make its visual power and immense contemporary-historical importance visible for the general public in the long term – globally on the Internet."