The Daily Reports of the Foreign Broadcast Information Service (FBIS) constitute a history documentation of importance for the USA, covering more than half a century (1941 – 1996). They are considered as a first-class collection of sources on decades of eventful world history. 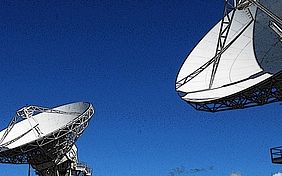 Founded in 1941, the Foreign Broadcast Information Service was tasked with monitoring, recording, transcribing and translating from up to more than 70 languages all intercepted broadcasts by foreign governments, official news media and secret broadcasts in occupied territories on all continents.

Access to this newly licensed database is available to registered users of the Bayerische Staatsbibliothek via the Database Information System.
The service is accessible free of charge also Germany-wide and at German institutes abroad within the scope of the national license.