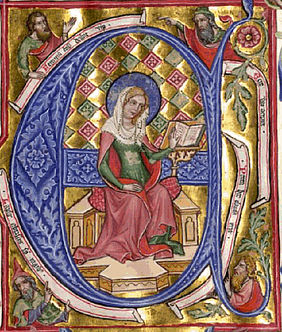 Among the newly added titles there are the Psalm homilies of Origen (Cod.graec. 314), which were discovered only in the year 2012, the Orationale of St. Erentrud (Clm 15902) created at the Benedictine monastery St. Peter in Salzburg around 1200 and the Reichenau evangeliary (Clm 23338) written and illuminated at the scriptorium of the island Reichenau around 1020.

In addition to the digital copies and the metadata, texts describing the works are presented in seven languages in each case.