The foundation of the Bayerische Staatsbibliothek was laid 460 years ago with the important scholar's library of the Austrian chancellor Johann Albrecht Widmannstetter. It was already in the spring of 1558 that Duke Albrecht V of Bavaria bought the personal estate of Widmannstetter for confessional-political reasons. Widmannstetter's collection included not only a thousand manuscripts and printed works in the Latin, Greek, Hebrew and some oriental languages, but also important contemporary documents. 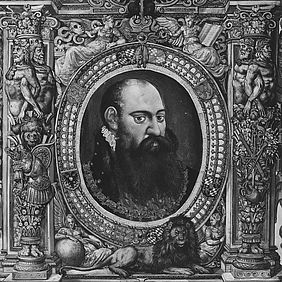 On 18 August 1558 Widmannstetter's successor in the office of the chancellor, Georg Sigismund Seld, suggested to the duke to have the collection transferred from Landshut, where it had been stored up to this point, to Munich. Seld substantiated his suggestion also with the argument of the representation and reputation of this important collection for the Munich court. On 20 August 1558 Albrecht V agreed with the transfer to Munich. The book treasure then came to Munich in October 1558, where it was kept in the chancellery vaults in the Old Court.