The journal "Voennaja Mysl'" has been published under the auspices of the Ministry of Defence since its first issue. The Chiefs of Staff are directly responsible for creating the journal. With the start of the Cold War, access to the journal became limited to generals, admirals and other high-ranking officers. For the broad public, as well as researchers from the western world, the journal became available again only after the collapse of the Soviet Union. 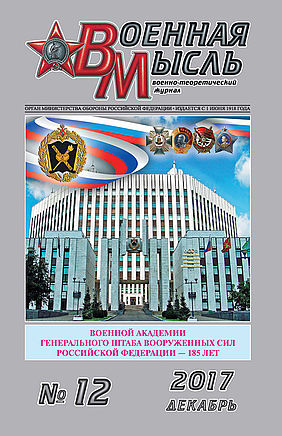 "Voennaja Mysl'" was founded in 1918, one year after the October Revolution, with the original title "Voennoe Delo" and underwent several name changes until the editors agreed on its still current title in 1937.

The Specialised Information Service for Russian, East and Southeast European Studies has acquired a license for the digital archive of "Voennaja Mysl'", funded by the German Research Foundation. It contains over 1,087 issues of the journal and comprises a total of over 13,000 articles, which are available in the form of searchable and downloadable PDF files.