Since 1996, libraries in Germany and Austria have been jointly compiling a catalogue of the German book production of the 17th century. And they still keep discovering "nova" – works which have not yet been entered in the "catalogue of printed works of the 17th century published in the German language area" and which continue increasing the number of different editions and titles. 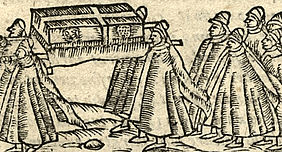 17,000 new titles were added in the course of the past five years, and since the beginning of this year, a further 500 new editions have been catalogued. Recently, the 300,000th title could be registered: The death of the girl Martha Maria from Greifswald in May 1629 induced friends of her father, the jurist Christoph Herold, to write poems of mourning and solace and to have them printed by the heirs of the likewise recently deceased university book printer Hans Witte.

Frequently, only few specimens of such printed works created on the occasion of joyful or sad events have been preserved, remaining hidden in so far uncatalogued collections and hard to find. This explains why, after the large German libraries with old stocks have already finished registering their complete holdings in the VD 17, there is still a steady flow of further, so far unregistered prints that are found and entered in the VD 17 database. The main source of these "nova" are unregistered old stocks held by university libraries, but also communal and church-owned libraries, book collections of archives and museums or little known special libraries, such as the collections of the armed forces, for example.

Complete article in the blog of the Berlin State Library