The Specialised Information Service for Russian, East and Southeast European Studies has acquired a license for the database "Ukrainian Publications", granting users free-of-charge access to over 40 newspapers and journals from Ukraine. 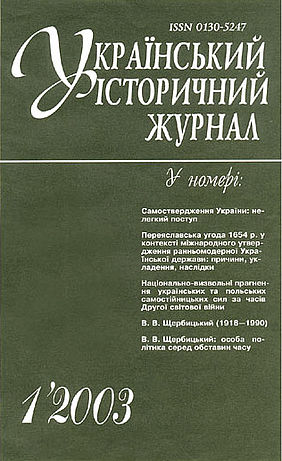 The digitized periodicals in the Russian, Ukrainian and English languages are available in the form of full texts, meaning that the documents themselves can be searched. The database contains daily papers such as Večernyj Charʹkov, Holos Ukraïny, Robitnyča hazeta or Slava Sevastopolja and weekly papers such as Literaturna Ukraïna, Molodʹ Ukraïny or Narodna Armija. In addition, there are journals such as Ukraïnsʹkyj istoryčnyj žurnal, Politics and the Times or Defense Express. The database offers a multiplicity of news articles, reports and essays covering a very broad spectrum of political, economic and cultural affairs in Ukraine. Moreover, a substantial and unique part of the database is formed by the publications of the Ukrainian Book Chamber on all books published in Ukraine, including detailed bibliographic descriptions.

The full texts of the database are available partly as of the year of publication 1997, predominantly as of 2001, and can be searched in their entirety. Individual issues can be downloaded for in-depth consultation and can be accurately referenced with the aid of permanent links.