23 November 2017 – 28 March 2018
Cabinet presentation in the series "Musical treasures"
It is owed to the Bavarian dukes' enthusiasm for collecting that the Bayerische Staatsbibliothek currently preserves not only the monumental Renaissance choir books, but in addition around 70 further music manuscripts of this epoch, in the form of tablatures and part books. Displaying specially produced reproductions, the cabinet presentation shows the musical abundance and complexity of these precious holdings. 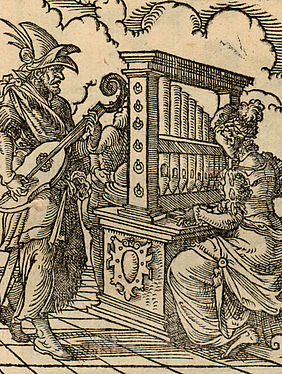 Image motif of the poster announcing the cabinet presentation | © BSB