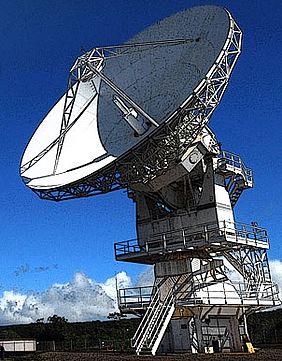 The daily reports of the Foreign Broadcast Information Service (FBIS) were the US government's source per se of globally freely accessible information for more than half a century. Founded in the year 1941 within the Office of the Coordinator of Information and subordinated to the CIA as of 1947, the main task of the FBIS was to monitor, record, transcript and finally translate from over 50 languages all broadcasts of foreign governments, official news services, as well as secret broadcasts from occupied territories worldwide on behalf of the political decision-takers and analysts.
The database of the provider Readex thus pools an abundance of information from over 100 countries of the world outside the USA on key issues of the 20th century, such as the Cold War, the Mideast conflict, racial relations, Apartheid, nuclear weapons, etc.

The database is subdivided in to three parts:

The reports are available in the form of images, can be searched in full-text mode and can be downloaded in the PDF format. It is helpful to narrow down large quantities of hits by searching for continents or countries or regions, the type, such as text, extract, abstract, etc., the title of the report or the time. In addition, certain historical events, such as the "Berlin blockade", can be searched for.

The contents are an excellent source thematically also for interdisciplinary and trans-regional research.
If the database is frequented well during the test period and the feedback from research is positive, it is intended to negotiate a license with the support of the DFG, which will both enable access and possibilities of use within the scope of all specialised information services and, in addition, be available as a national license to all correspondingly authorised institutions.

We highly appreciate your feedback on the FBIS.
Depending on your focal point of interest, please contact