The Specialised Information Service for Russian, East and Southeast European Studies has acquired a license for free-of-charge access to the “Krokodil Digital Archive” containing the digital copies of all issues of Krokodil. "Krokodil" was a Soviet satirical periodical that was published from 1922 to 2008 and poked fun at topics such as religion, alcoholism, the Soviet bureaucracy or the politics and society in the “West” in its caricatures and satirical texts. 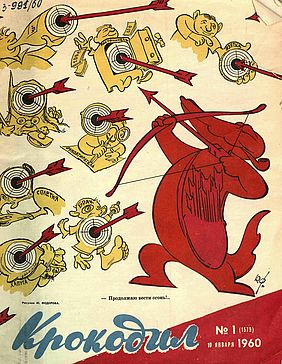 With print runs of up to 6.5 million copies, "Krokodil" formed part of the most popular Soviet press publications and was the sole satirical periodical permitted in the Soviet Union after 1930. The database contains the digitized issues from 1922 to 2008 and is searchable in full-text mode.

Information on the Specialised Information Service for Russian, East and Southeast European Studies