The Bayerische Staatsbibliothek has documented research publications on the collections of the Department of Manuscripts and Rare Books for more than half a century, in order to provide experts and the interested public with references to relevant secondary literature. This research documentation, by now including over 200,000 entries, thus represents an essential and strongly sought-after aid. 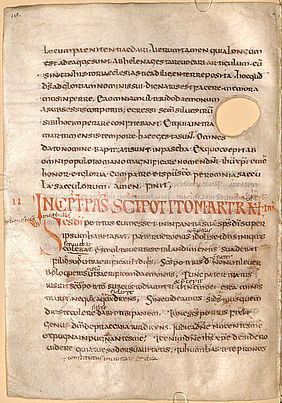 The documentation has taken place as comprehensively as possible for bound manuscripts (codices) and, where available, also for valuable old printed works and personal papers.

The database was relaunched in a new, technically substantially improved version at the beginning of 2015. In view of the international community of researchers using the Bayerische Staatsbibliothek, the database has now been provided with a quadrilingual user interface for the first time, allowing search in German, English and also French and Italian.