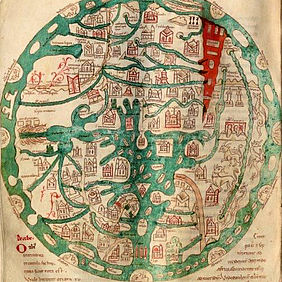 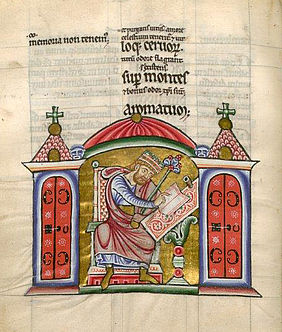 In addition to a voluminous collection of Latin and popular-language manuscripts provided with illuminations in the German and Italian cultural space, the Bayerische Staatsbibliothek also preserves a collection of medieval manuscripts with illuminations of French provenance that is outstanding in comparison to those of other German institutions. Together with the manuscripts from neighbouring regions (Spain, England) – which cannot always be delimited due to the mobility of the artists and the codices – the relevant Munich holdings amount to a total of 437 codices. In addition to the important and well-known Gold Munich Psalter (Clm 835) from Oxford, crafted in the first third of the 13th century, the collection also includes for example 35 French bibles of the 13th century which came to the Bayerische Staatsbibliothek from various Bavarian monasteries, and which are also referred to as pocket bibles due to their small format.

During the first project phase, 293 codices from this collection were processed. These are manuscripts created in France between the late 10th and the end of the 14th century, as well as all English and Spanish illuminated manuscripts.

In the now requested second and last project part, in a concluding phase of three years, the remaining 144 manuscripts of the 15th and early 16th century of French provenance and illuminated manuscripts of neighbouring regions (Belgium, Netherlands) are to be catalogued expertly by Dr. Ulrike Bauer-Eberhardt in the same manner, in line with the relevant DFG guidelines. The results will be made accessible in the form of a printed publication and on the Internet, within the framework of open access.

Manuscripts equipped with illuminations are a central corpus of sources for the history of art, since they have been preserved in much higher numbers than other two-dimensional artistic objects of the Middle Ages, such as frescos or panel paintings. Moreover, illuminated codices are highly relevant also for other disciplines of medieval studies, ranging from historical studies, theology and the various philologies to such disciplines as the history of medicine and law, since, beyond their mere function as a conveyor of textual and visual information, they yield multi-faceted findings with respect to reception interests, equipment levels and text-image contexts. The detailed description of illuminated manuscripts, on the one hand with reference to their art-historical allocation on the basis of characteristics of their history of creation and style, and on the other hand with reference to the layers of meaning of their content and iconography, has proven expedient as a method of systematic source cataloguing and represents a solid basis for further scholarly evaluation – also beyond the circle of art historians.