Compiled by Juliane Trede in cooperation with Anja Freckmann, the third catalogue of the medieval Latin manuscripts from Augsburg preserved by the Bayerische Staatsbibliothek contains descriptions of a total of 84 codices. By the exception of one book, all volumes are from the cathedral library of Augsburg, meaning that the complete collection from Augsburg held by the Bayerische Staatsbibliothek, which includes a total of 209 books, has now been catalogued. 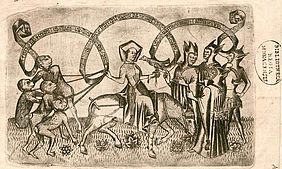 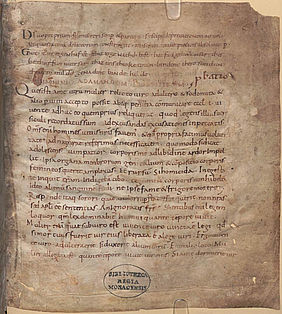 With respect to content, this catalogue volume focuses on juridical and liturgical texts. In addition, there are texts from the fields of theology, philosophy, astronomy and medicine. Five manuscripts had been re-shelved in the 19th century, and it had been forgotten that they had originally belonged to the Augsburg cathedral library. These books could be identified on the basis of indications in old library catalogues. They are described in the appendix 1 of the catalogue.

The descriptions of the collection of the Augsburg cathedral library are complemented by a table of all manuscripts and fragments known so far, including their current classification marks and locations of preservation and also encompassing the codices that had been sorted out at an early stage.

The catalogue also offers a description of the sole manuscript preserved in Munich that comes from the Franciscan Observantist monastery of Heilig Grab. The manuscript Clm 3941, formerly owned by the widely known Augsburg humanist Sigismund Gossembrot, contains humanistic texts, letters, drawings and the only preserved copy of the copper engraving "Die Macht des Weibes" (the power of women).