Starting with the refugee streams during the Second World War, the database covers all crises up to 1996. It contains news reports and transcripts from television and radio broadcasts from all over the world, which were selected by the Foreign Broadcast Information Service. 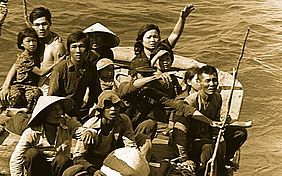 The mass movements caused problems for governments all over the world. The reactions to legal and illegal immigration and refugee crises were widely different, frequently depending on the geographic proximity of a country to the crisis.

Access to this newly licensed database is available to registered users of the Bayerische Staatsbibliothek via the Database Information System.
The service is accessible free of charge also Germany-wide and at German institutes abroad within the scope of the national license.