The database contains news reports about apartheid from South Africa and from around the world. The reports include transcripts of radio and television broadcasts as well as articles from newspapers. The reports were chosen by a U.S. government agency called the Foreign Broadcast Information Service (FBIS), which became part of the Central Intelligence Agency (CIA) in 1947, to be disseminated among government officials and decision-makers. 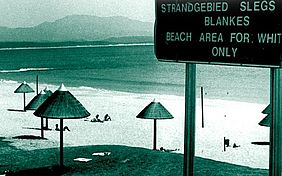 When necessary, the reports were translated into English.
No U.S. papers or broadcasts are included in this database.

Access to this recently licensed database is available to registered users of the Bayerische Staatsbibliothek via the Database Information System.
The service is accessible free of charge also Germany-wide and at German institutes abroad within the scope of the national license.