In the "Digital Collections", the Bayerische Staatsbibliothek now presents all music autographs by the German composer Heinrich Kaminski (1886 – 1946) held by the Department of Music. Kaminski, originally from Tiengen in the Black Forest area, lived in Heidelberg and Berlin after his years of studies, and later, as of 1914, in the small village of Ried in Upper Bavaria. 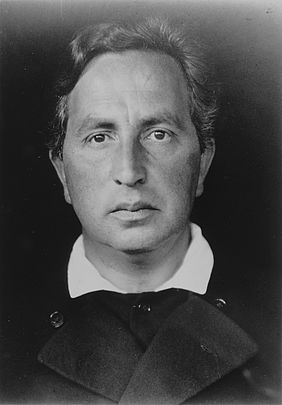 Thanks to the support by friends and patrons, Kaminski was in a position to concentrate on composing and teaching a small group of students for many years. After a number of great successes as a composer, he taught a master class for composition at the Prussian Academy of the Arts from 1930 to 1933, and acted as director of the concerts of the Musikverein of Bielefeld between 1930 and 1934. Struck by some serious professional and personal strokes of fate, Kaminski spent the last years of his life as a recluse in Ried and died shortly before finishing his second opera "Das Spiel vom König Aphelius".

The Bayerische Staatsbibliothek had acquired individual autographs of the composer's works already during his lifetime. Several purchases from the personal estate of the composer expanded the collection continuously in the course of the subsequent decades. In 2014, the Heinrich Kaminski Society finally donated its valuable and very extensive Kaminski collection to the Bayerische Staatsbibliothek. All autographic music manuscripts have now been digitized.