Recently, access has been enabled for researchers in Germany and at German institutes abroad to the digitized archive of the weekly journal "Moscow News" (1930 – 2014) and its short-lived sister publication "Moscow Daily News" (1932 – 1938). The source collection has been licensed by the Specialised Information Service for Russian, East and Southeast European Studies with the support of the German Research Foundation. 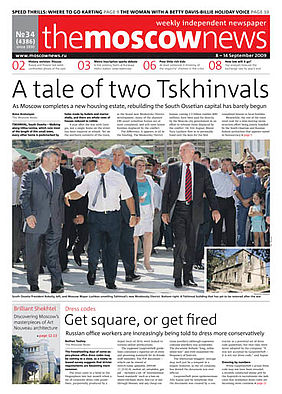 The "Moscow News" is considered to be the oldest English-language journal of Russia, which, in the course of its long period of publication, underwent a change with respect to ideology and content and thus became a mirror of the political and economic situation in the Soviet Union and later also in Russia.

During the first 50 years, "Moscow News" largely served for Soviet propaganda purposes. During the 1980s, the journal gradually became a platform of the supporters of radical reforms and served as a forum for discussing topics which had been taboo so far, such as the repression and show trials of the 1930s or the massacre of Polish officers at Katyn by Soviet forces.

The "Moscow Daily News" was founded in order to pool in strongly abbreviated form contents of the "Moscow News" and the similar title "Workers News" (1931 – 1932), a weekly journal for English-speaking workers in the Soviet Union.

The source collection comprises a total of around 60,000 PDF pages, which can be searched in full-text mode. It was provided additionally with an English-language guideline of 20 pages for teachers and lecturers wishing to use the articles from the digitized archive as primary sources for their courses.