The city of Munich in particular celebrates the 200th birthday of Max von Pettenkofer on 3 December 2018, since the city owes its modern sewer system and the central drinking water supply to Germany's first hygienist, so that Munich was considered one of the world's cleanest cities at the end of the 19th century. 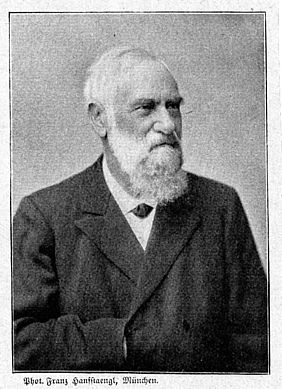 The hygienic modernisation of Munich was triggered by the cholera outbreak in 1854, which claimed over 2,000 victims. Pettenkofer erroneously considered the poor quality of the soil and of the groundwater to be the sole cause, and not the bacteria, which had been discovered by Robert Koch. Nevertheless, the measures pushed through by the scientific all-rounder were highly reasonable, so that no further epidemic occurred in Munich subsequently.

The extensive personal papers (Pettenkoferiana) of Max von Pettenkofer (1818 – 1901) are preserved by the Bayerische Staatsbibliothek.

Overview of the contents of the personal papers