First editions are connected to that thrilling moment in which the author detaches himself from his work to bring it to the public for the first time. The Literature Portal Bavaria now enables you to rediscover first editions with a connection to Bavaria and its history. 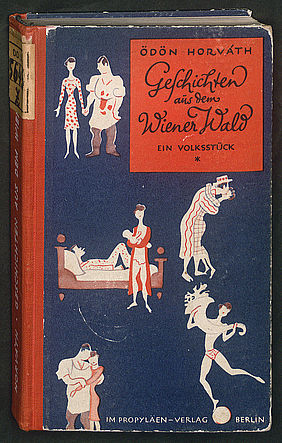 They are a further development of the app "German Classics" developed by the Bayerische Staatsbibliothek in order to make a number of the most precious works of German literature freely accessible to a broad public interested in literature.

In "Agnes Bernauer" Hebbel broaches the traditional subject of a Bavarian misalliance, the tragically ending love story between Albrecht, the son of the duke of Bavaria, and Agnes, the daughter of a barber surgeon. In the "Kreisleriana" collection – contained in the collection of narratives "Fantasiestücke in Callot's Manier" –, E. T. A. Hoffmann draws from his ambivalent experience as music director in Bamberg, memorialising it in literature in the form of his alter ego, the Kapellmeister Johannes Kreisler. The Munich-born author Christian Morgenstern is also included with his collection of poems "Gallows Songs", written in a playful language and perceived as vanguard.