The Eastern European collection of the Bayerische Staatsbibliothek has acquired a number of rare children's books in recent years from the antiquarian book trade, which document military and war propaganda of the years 1938 to 1945 which had been directed explicitly at children. 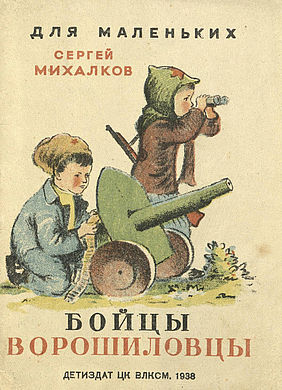 OstBib is a blog intended to inform the community of German and international experts on Eastern Europe and the interested public about special sources, materials and events in libraries and discuss these. OstBib is run by the Department of Eastern Europe of the Bayerische Staatsbibliothek, but is open to other libraries specialising in Eastern Europe as well.