Scholarship, regional poetry and a literary search for traces – the Literaturportal Bayern again presents new contents in its thematic module on interesting historical and biographical aspects of Bavarian literature. 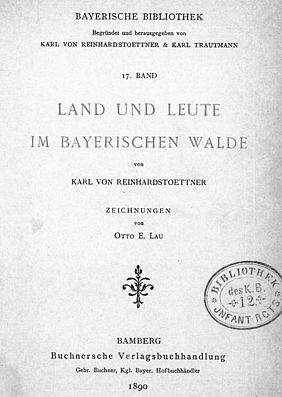 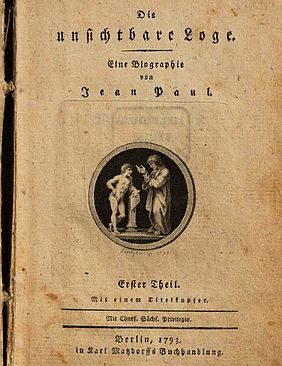 In the year 1867 a 15-page brochure is published by the Landshut publishing house of the Thomann’sche Buchhandlung, bearing the unpretentious title: Über das Studium der modernen Sprachen an den bayerischen Gelehrten-Schulen. Ein Beitrag zu den Ideen über die Reorganisation der Gymnasien (About studies of modern languages at the Bavarian scholars' schools. A contribution to the ideas on the reorganisation of the grammar schools). The author, a twenty-year-old student by the name of Karl von Reinhardstöttner, writes: "Contacts between peoples have reached an unprecedented level in our days and it would be unnecessary to point out how, with every day, the establishment of connections between most remote countries becomes more imminent and how Europe will appear, with respect to traffic and trade relations, merely as one great empire!" It is the start of highly varied activities, with intriguing implications up to the present day. A thematic essay by Max Heigl.

To the entry under "Themen" in the Literaturportal Bayern

A poet's ways – Walking in the footsteps of Jean Paul

The beginning of Johann Paul Friedrich Richter's career as a writer is marked by a letter of his colleague Karl Philipp Moritz. Richter had sent Moritz the manuscript of his first novel "Die unsichtbare Loge" ("The invisible lodge") – and not only did Moritz reply instantly, but he was also noticeably excited about this literary "jewel". "Where do you live? What is your name? Who are you?" Moritz of course had an inkling that the author's name "Jean Paul" that adorned the title sheet was a pseudonym. In contrast, he was surprised that the author was a largely unknown writer of satires. At the same time, "The invisible lodge" is the birth certificate of the author Jean Paul: Henceforth, he published all his works under this name. Where he went from there – until he even became a cartoon character in the end – can be read in this thematic essay.

To the entry under "Themen" in the Literaturportal Bayern