The new digital source collection has been licensed within the framework of the Specialised Information Service for Russian, East and Southeast European Studies with the support of the German Research Foundation. It pools documents on the activities of US intelligence services in connection with the Soviet Union, showing their successes and failures. 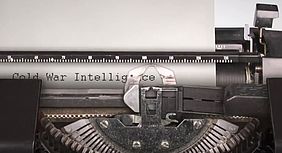 The collection encompasses reports about US intelligence operations such as attempts at smuggling US agents into the Soviet Union by air-dropping them, CIA dossiers on the economic and social politics of the Kremlin, as well as reports about the Soviet satellite states. The anti-communism of the US secret services at this time is illustrated in detail in this way.

The database is intended for researchers working in the fields of the history of the Cold War, intelligence services, contemporary history and international relations. The collection of a total of 2,360 documents, covering 21,700 pages, was compiled by the intelligence-service historian Matthew W. Aid. On the one hand, they are from archives, on the other hand, they were added to the source collection after their release was obtained with the aid of the Freedom of Information Act.