The music collections of the Bayerische Staatsbibliothek cover a broad spectrum of handwritten sources which go back as far as to the late Middle Ages. In a project supported by the German Research Foundation (DFG), the watermarks of the oldest stratum of music manuscripts are digitized using thermographic technology and made available free of charge via the digital collections of the Bayerische Staatsbibliothek. 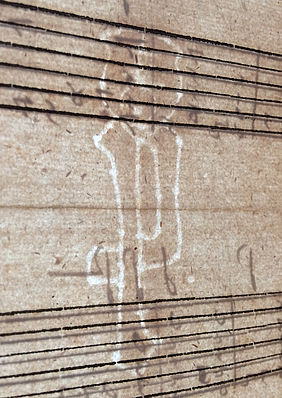 Two historical segments of the holdings with part music are encompassed by this project. On the one hand, the 170 choir books and manuscripts with notation in the manner of choir books are included, the majority of which go back to the performance materials of the Munich court music ensemble of the 16th century. On the other hand, 70 handwritten tablatures and part books are processed. These manuscripts mostly come from the library of the Augsburg councillor Johann Heinrich Herwart (1520 – 1583). Purchased at the end of the 16th century, Herwart's extensive library formed the foundation of the music collection of the Munich court library, the precursor institution of today's Bayerische Staatsbibliothek.

The manuscripts have already been digitized in two DFG-funded projects and form part of the Digital Collections retrievable via portals of their own. In addition to the digitization, the watermarks will be registered systematically and integrated in the Watermark Information System (WZIS). Information will also be provided via the database of the Répertoire International des Sources Musicales (RISM).