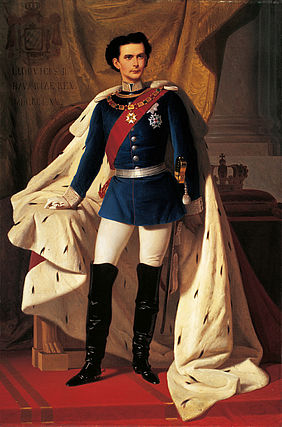 Official portrait of King Ludwig II of Bavaria after his accession to the throne in the year 1864 | Bavarian Administration of Palaces, Gardens and Lakes/Schwenk 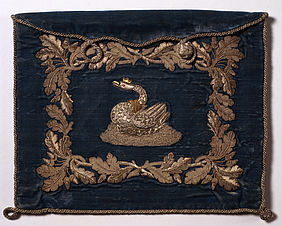 Briefcase of King Ludwig II of Bavaria for keeping the letters of Richard Wagner | © Bavarian Administration of Palaces, Gardens and Lakes/Lucinde Weiss

bavarikon uses the exhibition for a look behind the façade of the Bavarian king who has been styled into a figure of art, showing Ludwig II in the contemporary-historical context of the 19th century. The exhibits give an account of the life, passions and afflictions of the monarch and at the same time show the momentous changes in the Kingdom of Bavaria.

The exhibition is subdivided into the three parts life, legacy and legend. Starting with the birth of the successor to the throne, the first part of the exhibition traces Ludwig’s life chronologically up to the so-called "Königskatastrophe" (king’s disaster) in the year 1886 and examines the dazzling personality of the Bavarian ruler. In addition to photographs, paintings and letters of Ludwig, important historical documents are shown, such as the "Kaiserbrief" (Imperial Letter) of 1870 or the treaty of accession of Bavaria to the German Empire.

The visitor takes a stroll in the footsteps of the "Kini" in the second part of the exhibition, which addresses the king as an exacting building principal, prince of the theatre, opera enthusiast and art lover and visualises the fascinating world of illusions and dreams of Ludwig.

The last part of the exhibition focuses on the time after Ludwig II. Glorified and turned into a kitsch figure as the fairytale king, the Bavarian king still attracts millions of tourists who visit the castles of Herrenchiemsee, Linderhof and Neuschwanstein. A legend was soon created after the mysterious death of Ludwig II: In Bavaria, he was considered as a courageous campaigner against Prussia, who was closely connected to the people and the homeland.

All exhibits can be viewed in excellent digital quality and can be zoomed in to be able to see the minutest detail. Interesting multi-page pieces, such as a number of autographs by Ludwig or the report on the autopsy performed on his dead body, can also be browsed from the first to the last page.

Director General Klaus Ceynowa: "bavarikon does not only pool numerous and rarely publicly shown pieces from the most diverse Bavarian cultural institutions in it exhibitions. The cultural portal knows how to conceptualise exhibitions from the multiplicity of exhibits, which convey the topic in question excellently and in its contemporary-historical context. The virtual exhibition on Ludwig II is an impressive example of this."

The exhibition is a joint project of the Bayerische Staatsbibliothek, the Haus der Bayerischen Geschichte (Center of Bavarian History), the Bavarian State Archives and the Bavarian Administration of Palaces, Gardens and Lakes.