The Bayerische Staatsbibliothek has received the personal papers of the composer Josef Anton Riedl (born in Munich in 1927, died in Murnau in 2016), including both his musical work and documentation of his life, as a donation by the family von Külmer, Christiane and Stefanie von Külmer. 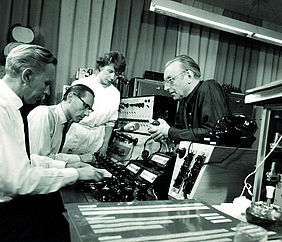 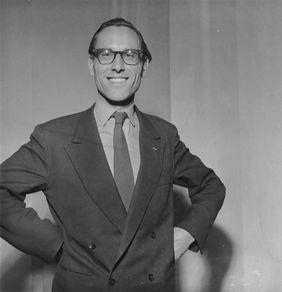 At the initiative of the musicologist Pia Steigerwald, who could be won by the heirs as curator of the personal papers, the Staatsbibliothek now preserves music manuscripts and reproductions of Riedl's own works. In addition, the collection includes his very extensive correspondence with renowned composers and international cultural institutions since the late 1940s. Film material, slides, photographs, manuscripts and an extensive collection of concert and event posters and program booklets of the time between the 1950s and the 2000s complement the collection and round it off.

Josef Anton Riedl's artistic work was marked by the search for something "new, never heard". He cooperated with film and theatre directors, creators of literature and instrument makers. His catalogue of works includes acoustic, optical and instrumental sound poems, vocal, instrumental, concrete and electronic music, compositions for self-built instruments, concepts for audiovisual installations and multimedia performances. As a curator of important concert series, such as "Neue Musik München", "jazz", "Traditionelle aussereuropäische Musik" (world music), the "Klang-Aktionen" (sound events) of the city of Munich and of "musica viva" of the public broadcaster Bayerischer Rundfunk, as well as the artistic director of the Siemens Studio for Electronic Music and of the Culture Forum of the city of Bonn, Riedl promoted creators of music in Germany and abroad. He also became active in the conveyance of music to the younger generation at an early stage, for example as a co-founder of the Munich group of the Jeunesses Musicales.

The personal papers of Josef Anton Riedl constitute an important source on the history of New Music in Munich, Germany and Europe and an enhancement of the field of collection emphasis of Bavarian composers pursued by the Bayerische Staatsbibliothek. His work and creative contribution will now be made available to research and scholarship for evaluation.