At an auction, which took place in Munich at the beginning of May, the Bayerische Staatsbibliothek successfully acquired a large portion of the personal papers of the widely known journalist and author Gerhart Herrmann Mostar (1901 – 1973), whose professional life and work was closely connected to Munich. 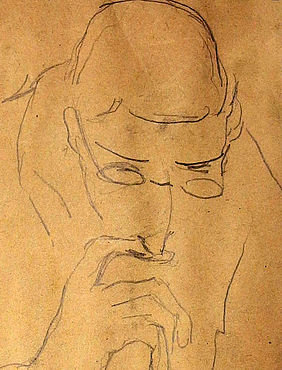 Mostar became well-known in particular for his satirical texts published in numerous newspapers, and for his critical court reports, which he also published in a large number of books.

The personal papers include numerous letters, manuscripts, newspaper articles, documentary material, and in particular several artistically designed guest books of the time before 1945, in which many famous personalities of the cultural scene of Schwabing of the 1920s/ 30s perpetuated their names.

Article about Gerhart Herrmann Mostar in the "Deutsche Biographie"