Some 88,000 copyright-free books from the collection of Augsburg State and City Library, dating from the 16th to the 19th century, can be found and consulted in full text worldwide, free of charge, and without any restrictions, via the library's online catalogue or WorldCat: Zoological works, travel reports, biographies, novels, scientific or medical prints, historical treatises, theological tomes, and much more. 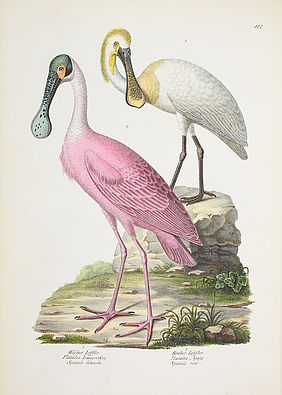 Online catalogue of the Augsburg State and City Library
WorldCat

These historical volumes from Augsburg have been digitized as part of a mass digitization project organised as public private partnership by the Bayerische Staatsbibliothek in Munich and Google, with contributions from the Faculty of Philosophy and History of Augsburg University.

Especially in times of pandemics, global access to these rare, in many cases unique, works from one's desk at home or mobile device allows all book lovers to make their own spectacular discoveries. Furthermore, it opens a hitherto hardly mapped-out world to international researches studying printmaking from Augsburg, a city that had been called by the American scholar Roger Paas the "Image factory of Europe".

Augsburg State and City Library, founded in 1537, was regarded as one of the most significant libraries of German-speaking countries during the 17th century. Today, it is the largest of the ten regional State Libraries of Bavaria. It now primarily collects literature on Augsburg, the district of Bavarian Swabia, furthermore on the history of knowledge in the Early Modern Age. By participating in Google's digitization programme, Augsburg State and City Library joined a group of major research libraries like the Bodleian Library Oxford, Harvard Library or the Austrian National Library.

[Source: Press release of the Augsburg State and City Library from 30 July 2020]